The problem with 'nutrition'

One minute coffee is good for you, the next it’s bad, blueberries will save you from cancer, no, they won’t, red wine will.  Chocolate is a health food, sugar is the devil. After studying food and nutrition formally and informally for the past decade, I could tell you a thing or two, but the things I can tell you won’t make any sense unless I clarify something first: there is a problem with the way we have been taught to think about nutrition.  Actually, there are a few inter-related problems. I will do my best to explain them.

The body complex
Now, here’s the main thing: the body is incredibly complex, probably more complex than we even realise. We seem to simultaneously know too much and not very much at all: it's very confusing. Nutritional research usually works in one of two ways: 1) controllable experiments on rats, 2) much much more variable studies of human beings. The main problem with this is that the much more scientific studies of rats are hard to extrapolate to humans, because we are not rats, and more importantly, because we do not live in controlled environments. The research on actual human beings can hardly tell us anything because there are so many factors that unless something is really obviously good or bad for us the difference is not statistically significant. The other problem with the latter is that correlation is probably a much more major factor than we’d like to think, eg: people who drink a glass of red-wine a day are probably eating more ‘healthy’ bourgeois food like vegetables than people who are drinking five beers a day. Media sucks
The media particularly suck at reporting science, especially relation to nutrition, for example: this neuro-psych experiment looking at people's behavior after consuming a serotonin-decreasing drink resulted in media reports that cheese and chocolate help people make better decisions.  Obviously this is not science, by any stretch, but it makes a good story because people like the idea that cheese and chocolate are good for you.

People’s bodies are different
Yes, we are all biologically and genetically very similar, but we are also very different. Partly this is to do with lifestyle, and the way our different digestive systems have experienced life so far, partly it's to do with the way our immune systems, as well as endocrine and other bodily systems interact with our digestive system and the food coming into our bodies.  It's well known that not everyone can digest or tolerate gluten or dairy or peanuts or a plethora of other things.  Suffice to say, nutritional advice is often given out as if it is relevant to everyone, all the time.  This makes absolutely no sense.

Nutrition has become a moral issue
There is a naughty and nice list when it comes to nutrition.  Fat tends to be considered immoral and sinful along with almost anything else that is indulgent and delicious.  Apparently 'callories' are bad (so getting energy from food = bad?). It used to be common knowledge that cholesterol was evil, but actually it's a very important substance in human health, wait a minute: there are good and bad types of cholesterol (actually LDL and HDL are lipoproteins, not cholesterol as such - public health advice tends to treat people as if they are stupid).  This puritan religious discourse continues: healthy food is hard work and morally good. This is echoed in advertising and is absolutely ludicrous.  Perhaps we will reach a kind of healthy-heaven if we use trim dressing. Perhaps we will burn in hell with all the other lovers of saturated fat and the chocolate biscuits that give you devil's horns.  I very much doubt it, but the moral value of nutrition is something that most people take for granted.  People who over-eat or are obese are considered to have no self-control and are blatantly discriminated against. People who are skinny must be morally superior, especially women, after all, there is only one ideal image of feminine beauty that we should all revere, and Barbie doesn't eat at all. 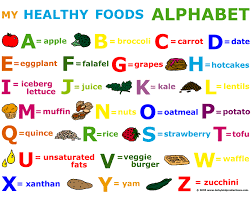 ‘Nutritionism’
Nutritionism, as described by Scrinis, is the focus on the constituents of food, on vitamins, fiber, minerals, amino acids, types of fat, anti-oxidant and so on, rather than focusing on whole foods.  This reductionism is great for selling vitamin supplements and for advertising products but it's not actually very helpful for people who are trying to decide what to eat or to understand healthy food.  One obvious problem with this goes back to the body/health/food being so very complex.  Identifying vitamin C and Omega three may be helpful in situations where there is a problem with deficiency, but supplementing is inferior, in practice, to consuming whole foods.  Supplements are often dubious in quality and sometimes taking a substance in isolation is actually more harmful than taking it in a complex form.  Vitamin C, for example, is commonly known as ascorbic acid, but that is only the name of the most active component of a whole lot of things that are naturally found together. It didn't surprise me when the research came out a few years ago that Vitamin C didn't help treat the common cold, the experiments on mice were using only ascorbic acid.  Whole foods contain a whole lot of complex things that we are just beginning to understand. We know of hundreds of important compounds like vitamins and minerals, but there is a lot we don't know.   Remember:  Nutritionism is only one fragmented western perspective on food/health. It does not integrate well with other views.

Things keep changing
Not only do the chances of coffee saving you from Alzheimer's or giving you cancer seem to change from week to week, every five minutes there's a new super-food from the amazon that will probably cure all your problems, and make you a more morally superior person.  Aside from the constant instability in the nutritional landscape, our food has actually changed.  Wild fruits, before we selectively bred them for hundreds of years, were lower in sugars and higher in protein and micro-nutrients.  We have never-before had access to so much energy in the form of processed grains and processed oils. Chances are, our bodies, which are still very similar to how they were 10,000 years ago, don't really know how to deal with this stuff.

Good nutrition is a privilege
Ironically, the cheapest foods now, are the more processed. A century ago only the wealthy could regularly afford white bread, now it's mostly the domain of the poor.  Bread has become somethings almost mythical: soft and light, like a cloud, and totally unlike any other food ever known in human history.  While the middle and upper-classes can afford to buy whole-grain sourdough with only four ingredients or, better yet, go gluten free, there are plenty of people who make do with processed sausages and the budget-brand loaf.  While some can afford to drink their glass of red wine and eat a variety of vegetables, other people learn that vegetables spoil quickly and that red-wine is best consumed by the cask in order to forget how terrible life can be.  Moral judgement when it comes to nutrition is a privilege.  'Healthy food' is a privilege, and in a 'developed' country we have the vague idea that there are thousands or millions of people in the world worse-off than us, and there are.  While there are many people in the world who would be grateful for any calories at all, the wealthy are watching their waste-lines and trying not to cave-in to temptation because the over-processing of food has left a legacy of over-fed and under-nourished people.