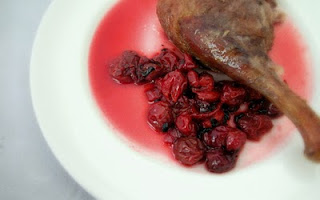 I have found that the easiest way to find nourishing recipes online is to use the word "nourishing" as a key word in the search engine.  Earlier tonight I was asked by a friend to find recipes for duck as her partner has been duck shooting recently.  "Nourishing duck" turned up the following results:


The first two appear to be blogs that are deliberately linked to Nourishing Traditions and the WAPF, the third looks like it might be a traditional Chinese recipe - but I'm no expert.  I find this method of searching for nourishing recipes to be quite fruitful.  I've never actually cooked duck, myself.  Does anyone else have any suggestions or experiences? 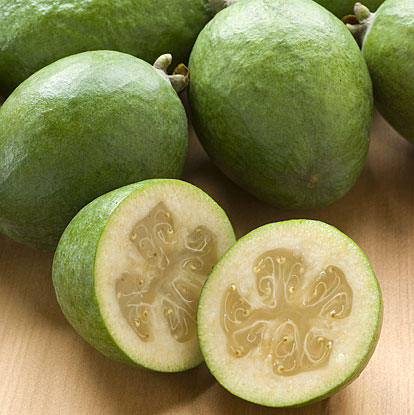 I'm making up for my lack of blogging by posting twice in one day. I wish I could blog about all the food I make, but I seem to be rather occupied most of the time. Recently, I've been bingeing on feijoas - as many New Zealanders do at this time of year.  I hear they're also known as pineapple guava, but I've never heard them called that here.They grow very well in our sub-tropical climate and everyone seems to have trees, I'm still suprised they sell in supermarkets when they're easy to get for free.  I picked up two buckets of them from an offer on Oooby and also got two lots from someone on Freecycle.  I find their juicy, sweet, tart flavour irresistable and am always suprised that some people don't like them. Some people love them so much they eat the skins which are a little sour for my tastes, but I have devised a way to get more of the goodness out of the skins before I compost them.

I loosely fill a 1.5 litre sealable jar with the empty skins, then fill it almost to the top with water and add about 1/4 cup of sugar (I'm using organic fair trade sugar, but I guess honey would work too). I started off using kefir (converted milk kefir) to ferment the feijoas, but then realised that the powdery stuff on the feijoa skin is actually yeast and the kefir grains weren't doing much. The flavour leaches out of the skins, along vitamin C and other things, I assume, and makes a delicious feijoa tasting drink in a couple of days. When the weather was warmer it took two days on the bench to get to the fizzy-drink stage but now I'm experimenting with putting them in the hot water cupboard after a few less fizzy brews. 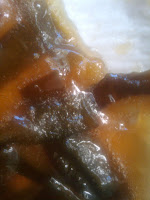 I've also tried chopping the skins up into small pieces and cooking them in honey for a while - it creates a sort of glaze which would be great over a cheese cake, or it could be poured into a jar and consumed as marmalade. My daughter loves eating the glaceed feijoa skins - she's convinced they're candy.
Posted by Isa at 11:12 PM 23 comments: Links to this post

Wow, I must have been busy. I have some adjustments to make to the blog - suggestions by my supervisor have included changing some language to make it less ambiguous. I have now written around 13,000 words althought it is very much a work in progress. I have also changed the structure of my master's considerably. It's going to go something like this: