The real Planeteers: Food Sovereignty and La Via Campesina 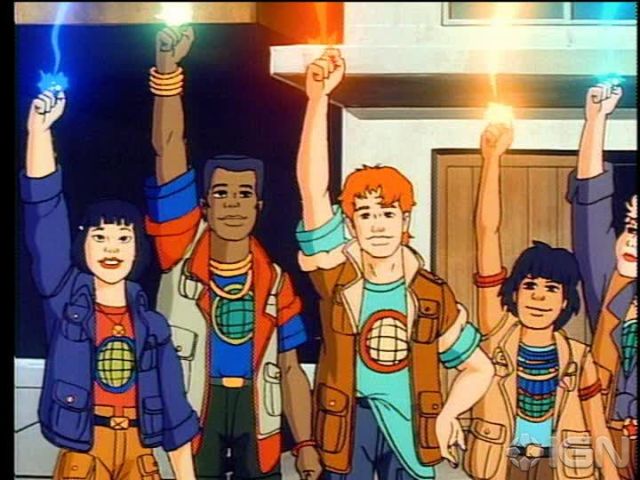 If you grew up in my generation you probably watched Captain Planet and wanted to be a planeteer.  It wasn't just the magic rings, it was because saving our planet is the thing to do.  The more I look into the global politics of food, the harder it is to separate 'saving the planet' from saving ourselves as a species.  The struggle between the strangely named villains in the Captain Planet cartoon and those they attempted to exploit is parallel to the struggle between all-too-powerful corporate agribusinesses and the small farmers and peasants who produce most of the worlds food.

“The global food crisis of 2007-2008, marked by skyrocketing food prices, urban food riots and the continued displacement of the rural poor, was a clear indication that the dominant model of agricultural development has not succeeded in eradicating poverty or world hunger.  In desperation, in , , , West and  and countless other locations, hundreds of thousands of people took to the streets demanding affordable food.  Behind these highly visible events lurks the very real and ongoing human suffering caused by the lack of what key necessity for all human life – food.” (Wittman et al, 2010, p.1) I've recently been reading about food sovereignty, a concept I wasn't too familiar with, but was more and more inspired by.  The UN has long promoted 'food security' which has been used as an excuse by large corporations to further dominate global food production - food sovereignty, on the other hand is a concept developed by La Via Campesina, the international peasant movement.  It is a direct challenge to the dominant agricultural model.  I must admit, before getting into the literature I had never heard about La Via Campesina.  But now I can't stop thinking about how awesome they are:

“As an alternative model, peasants, small-scale farmers, farm workers and indigenous communities organized in the transnational agrarian movement La Via Campesina argue that the current, and linked, food, economic and environmental crises are in fact a result of decades of destructive economic policies based on the globalization of a neoliberal, industrial, capital-intensive and corporate-led model of agriculture.  La Via Campesina formed in 1993 and now representing 148 organisations from sixty nine countries, has become of the strongest voices of radical opposition to the globalization of an industrial and neoliberal model of agriculture, claiming that “the time for food sovereignty has come” (Wittman et al, 2010, p.2)

In 1996 at their second international conference LVC’s peasant and farm leaders no longer saw any potential in the 'food security' concept or the 'access to sufficient and nutritious food' that the concept promotes (maximum production) does not specify where said food originates, how and by whom. :

“Governments and agri-business have pursued  food security in promoting increased agricultural trade liberalisation and the concentration of food production in the hands of fewer, and larger, agri-business corporations… these contemporary policies aimed at food security offer no real possibility for changing the existing, inequitable, social, political and economic structures and policies that peasant movements believe are the very causes of the social and environmental destruction in the countryside in both the North and South.  To counter these … LVC proposed a radical alternative, one “directly linked to democracy and justice”, that put the control of productive resources (land, water, seeds and natural resources) in the hands of those who produce food.”(Wittman et al, 2010, p.3)

Food is political - despite your views of your own dinner plate.  You can't look at the global issues surrounding food production and scarcity (despite the masses produced) without making the connection to the failings of neoliberal ideology.  This is what has gotten us into the terrible mess we are in globally - there exist some universal truths - corporations are in it for the money and do not (as non-human profit-driven entities) care who gets exploited or who starves unless they can use the social awareness around a tragedy to further line their pockets. I have just read about at least a dozen examples of such underhanded manipulation.  Despite the obvious flaws here, supporters of the neoliberal ideology (or devout followers of neo-liberal religions) seem to think that the worlds food problems can be solved by exactly the same bullshit free-market theories that caused them in the first place:

“Some proponents of neoliberal globalization would have us believe that the crisis is the result of shortages and market failures… that the best way to keep up with a growing population is to prevent national governments from intervening in the market…”   (Wittman et al, 2010, p.1)